One of our favourite places – Forster

Centered between a land spit along Wallis Lake and the Pacific Ocean, Forster presents the best of the life aquatic, with boating, fishing, paddling and surfing all part of its laid-back charm. Forster in NSW’s Mid North Coast, where the amazing aqua waters of Wallis Lake flows into the Pacific Ocean, has been a Holiday favourite for many years There are at least ten sandy beaches within 20 minutes of the town. The surfing breaks are amazing and there are plenty of private sheltered beaches for the family to enjoy.. Surrounded by the National park there are cliffs and rocky headlines, linked by walking tracks and crowned with lookouts where you can catch sight of the humpback whales that swim past in winter. Apart from the wonderful beaches you also have the Great Lakes, primed for fishing, kayaking, snorkelling and hikes in littoral rainforest, and the town not quite the sleepy little hamlet of the 70’s and 80’s it now has all the amenities you could want to enjoy the ultimate holiday only a short drive from Sydney or the larger inner regional country towns.. 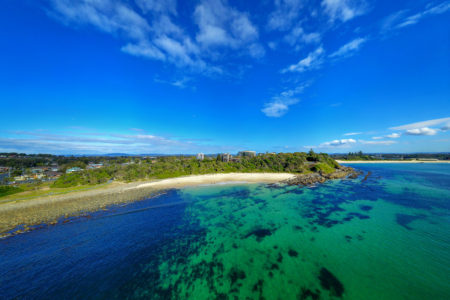 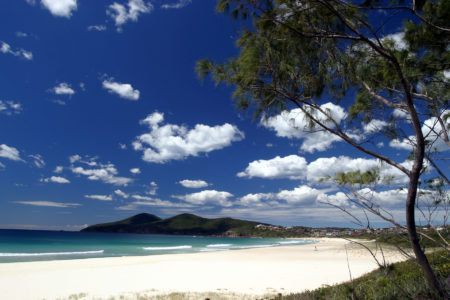 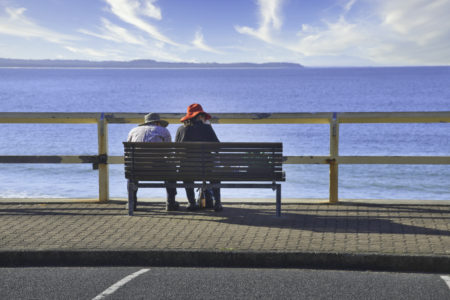 This is a great article about the town from www.aussietowns.com.au

Forster and Tuncurry are two coastal towns which are separated by a very large concrete bridge across Wallis Lake. The twin towns sit to the north and south of Cape Hawke Harbour, the entrance to Wallis Lake which stretches for 26 km down the coast. Forster-Tuncurry is a typical holiday resort with lots of accommodation; plenty of takeaway food and local seafood cafes; pleasant fishing, surfing and swimming areas; and a seductive and lazy holiday ambience. The coast and the Booti Booti National Park, which lies to the south of the town, are ideal for birdwatching and bushwalking. The endangered bird species, the little tern, breeds on two of Wallis Lake’s many islands.

Forster-Tuncurry is located 306 km north of Sydney via the Pacific Highway and The Lakes Way.

The town was known as “Minimbah” until it was surveyed in 1869 when it was renamed after William Forster, the then Secretary of Lands (1868-1870). Tuncurry was known as North Forster until 1875 when John Wright set up camp there. He adopted the local Worimi Aboriginal place name “Tuncurry” which probably meant “plenty fish”.

Things to See and Do

The Beaches
From the centre of the Forster central business district there are four beaches stretching east from Cape Hawke Harbour. The gloriously peaceful Nine Mile Beach lies north of the breakwater. Each has its own appeal and the southern beaches are all linked by the excellent Bicentennial Walk.

Nine Mile Beach
Nine Mile Beach, the Tuncurry Rockpool and the northern breakwater can all be accessed on the northern side of the bridge that joins Forster and Tuncurry. Take the first right into Wharf Street, then turn right again at Beach Street and right again into Rockpool Road. There is a rock pool, grassed areas, a walking track beside the entrance to the lake, a kiosk, showers, toilets, a childrens’ playground, and a pleasant bathing and picnic area with barbecue facilities. It is possible to walk out to the end of the breakwater where dolphins can sometimes be seen at play. Nine Mile Beach extends up to Black Head and Hallidays Point.

Forster Beach
Forster Beach stretches from the southern breakwater to the headland overlooking the rock pool at the eastern end of the beach. It is patrolled in season, is popular all the year round with swimmers, has showers, toilets, a kiosk, picnic facilities and ocean baths at its eastern edge. Over the road the local council has permitted high rise buildings so it has a marginally more salubrious feel than the beaches on the Gold Coast. Just off North Street is the start of the Bicentennial Walk along the coastline. Above the baths is Second Head and on the eastern side of the headland is Pebbly Beach which is recognised as a superior surfing spot.

The Tanks
Beyond Pebbly Beach are The Tanks, an unusual parallel rock formation which protects swimmers from the the waves. The parallel rocks have produced a natural, safe swimming area.

Bennetts Head
It is possible to walk up to Bennetts Head on the Bicentennial Walk or drive on Bennett Head Road and Marine Drive. At the top is an impressive lookout over sheer cliffs and a path down to the dunes at the northern end of One Mile Beach. Bennetts Head was named after the family who built a home at the foot of the headland in 1864.

One Mile Beach
Immediately south of Bennetts Head is One Mile Beach which is an unusual combination of attractions. At the northern end, blown by the southerlies, are huge sand dunes. The beach is a good surfing location with grassed picnic-barbecue areas at the southern end. It has a surf club, a kiosk, showers and toilets. It is patrolled is season. Perhaps the most impressive attraction on the beach is Collendina Reserve.

John Ward Rainforest Walk and Collendina Reserve
One of the hidden wonders of Forster is the John Ward Rainforest Walk, a short walk on a boardwalk which is a wonderland of tropical species including many rare examples of bush tucker which was once eaten by the local Aborigines.
Collendina Reserve and the John Ward Rainforest Walk behind One Mile Beach south of Forster-Tuncurry are artlessly simple. A short boardwalk through a “reserve that contains a number of different structural vegetation types including coastal dunes, coast banksia scrub and littoral rainforest. Littoral rainforest (they are rainforests which grow on sand dunes, are over 70% shade trees which can grow up to 30 metres tall, and are now endangered because, decades ago, they were ruined by sand mining) is of particular importance. It is a highly diverse, closed canopy system that provides habitat for a range of dependent flora and fauna species.”
The visitor walks, for no more than 200-300 metres on boardwalks, through dense rainforest and is amazed at the names (every tree and bush is clearly marked) which they have never heard before. There are such exotics as Hairy Clerodendrum (night flying moths pollinate the sweetly fragrant flowers), Black Apple, Mangrove Boobialla, Ribbonwood, Spiny-Headed Mat Rush, Veiny Wilkiea, Rusty Fig (a popular fruit for the Worimi people), Beach Birds Eye, Tuckeroo, Brush Bloodwood and Plum Pine.
The tiny reserve, which runs in a narrow strip behind One Mile Beach and can be accessed from the Car Park in Strand Street, contains a staggering 130 native plant species.

Other Attractions in the Area

The Lakes Way
The main route south from Forster is the delightful The Lakes Way which travels south to Pacific Palms and then continues on the Bulahdelah. There are a number of attractions along the way including Cape Hawke, Santa Barbara, Green Point, the Booti Booti National Park and Pacific Palms.

Cape Hawke Lookout
Five kilometres south along The Lakes Way is a roundabout with an easterly road, Cape Hawke Drive, which heads to Cape Hawke Lookout. 3.5 km on this road is the pathway up to Cape Hawke lookout, one of the most northerly points of the Booti Booti National Park. There is a steep 440 m path to the lookout at the summit of the hill. As you ascend the headland the views are increasingly spectacular. At the top (233 m above sea-level) is a cairn noting that Captain Cook sighted and named Cape Hawke on May 12, 1770. A raised viewing platform provides panoramic views north along the coast over Forster to Hallidays Point, north-west to the meeting of the Wang Wauk River and Wallis Lake, west to the Great Dividing Range and south along the Booti Booti spit and Pacific Palms. To the north is the very secluded McBrides Beach.

Green Point
Located 12 km south of Forster on Wallis Lake – take Green Point Drive off The Lakes Way – is a small, sleepy settlement of Green Point. It is typical of the quietness that settles over Wallis Lake outside of the main towns.

* Prior to the arrival of Europeans the area was home to the Worimi Aboriginal people for tens of thousands of years.

* In 1799 Matthew Flinders sailed past the area.

* Two ships were wrecked off Cape Hawke in 1816. The captain of one of the ships, his wife, child and two crew reached Newcastle. The rest were presumed drowned.

* In 1818, John Oxley and his party, en route to Sydney after an inland expedition, carried a boat from Booti Booti to Boomerang Beach where they spent the night. Oxley named Wallis Lake after the commandant of the penal settlement at Newcastle.

* The area was part of the million-acre land grant given to the Australian Agricultural Company (AAC) in 1825. They found the soils poor and the grant reverted to the crown.

* By 1831 timber cutters were around Cape Hawke. They scoured the rainforests for cedar and pine using the Wang Wauk River and Wallis Lake to float logs to the coast.

* By the 1850s Chinese shepherds hired by the AAC were fishing off the coast and drying their wares for sale in Sydney, on the goldfields and overseas.

* The Godwin family took up land at Cape Hawke in 1863. They had arrived from Gosford in 1856. George Garlick Godwin sent wild honey and Cape Hawke oysters to Sydney. One of his daughters was the first white person to be born in the area.

* The townsite, then known as ‘Minimbah’, was first surveyed in 1869 and renamed in 1870 after William Forster.

* A pilot station was operating at the entrance to Wallis Lake in 1872.

* John Breckenridge established a saw mill (and a store) on the townsite in 1871 and engaged in shipbuilding as the waterways were virtually the sole means of transport at the time.

* In the 1880s Breckenridge built the biggest sawmill in the district 15 km north at Failford where he also built a store (which doubled as a post office) and a hall.

* Tuncurry was known as North Forster until 1875 when John Wright set up camp and adopted the Aboriginal place-name of ‘Tuncurry’ which is thought to mean ‘good fishing place’.

* The first church (Methodist) in Forster was built in 1876, the year the first constable arrived.

* A school of arts was built in 1878 and a second store was opened the following year.

* By 1878 Wright had established a sawmill, a store, a shipbuilding yard and houses for his employees at Tuncurry

* Timber cutting, milling, shipbuilding and fishing were the principal industries in the early days with sailing ships carrying fortnightly cargoes to Sydney.

* A government school was built at Tuncurry in 1881 and the settlement’s first church (the Latter Day Saints) opened in the old school room the same year.

* The first oyster lease at Forster was granted in 1884, the year of a typhoid outbreak at the settlement.

* Tuncurry’s Catholic Church was built in 1888 and a post office opened at Tuncurry in 1889.

* A rowboat to transport people and goods from Forster to Tuncurry started operating in 1890.

* Tuncurry was proclaimed a village in 1893.

* Two Italian immigrants transformed the fishing industry of Tuncurry in the 1890s.

* A breakwater was built on the southern side of the Wallis Lake entrance between 1900 and 1903.

* The first vehicular ferry from Forster to Tuncurry started operating in 1922.

* In 1959 the bridge across Wallis Lake joined the two towns. It meant that traffic passed easily from one centre to the other.

* Today fishing and oyster leases and tourism are the mainstays of the local economy.

There is an excellent local website. Check out http://greatlakes.org.au/places/forster-tuncurry for accommodation in the area. A new and photo-rich website is https://barringtoncoast.com.au/destinations/forster-and-tuncurry. 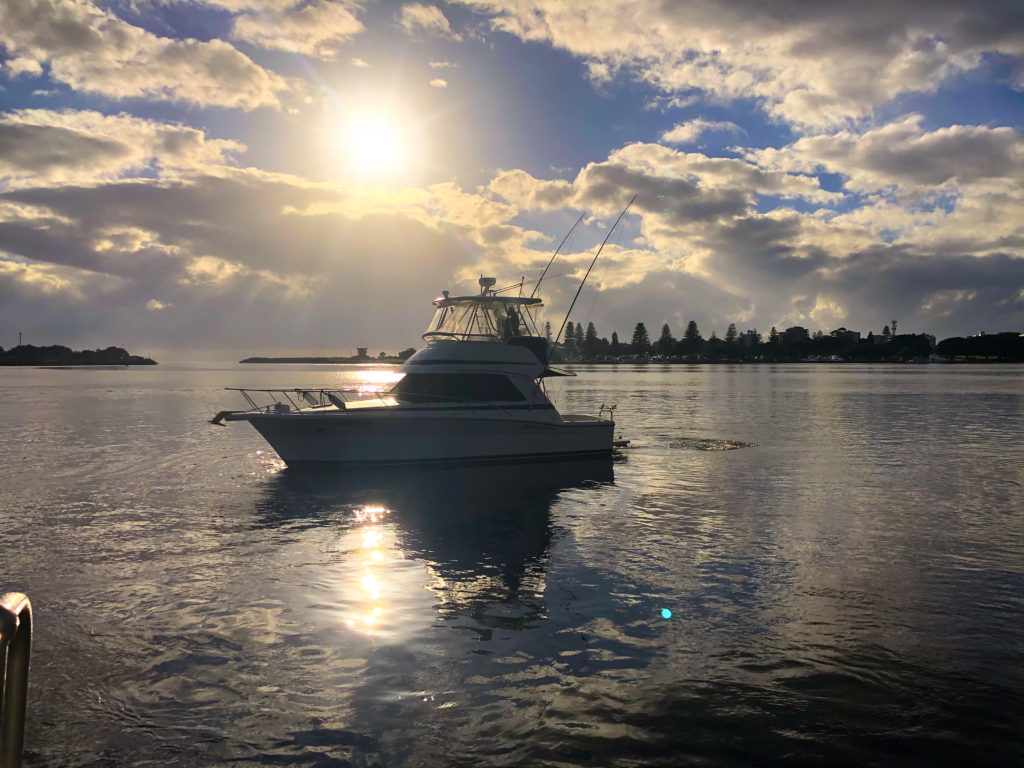 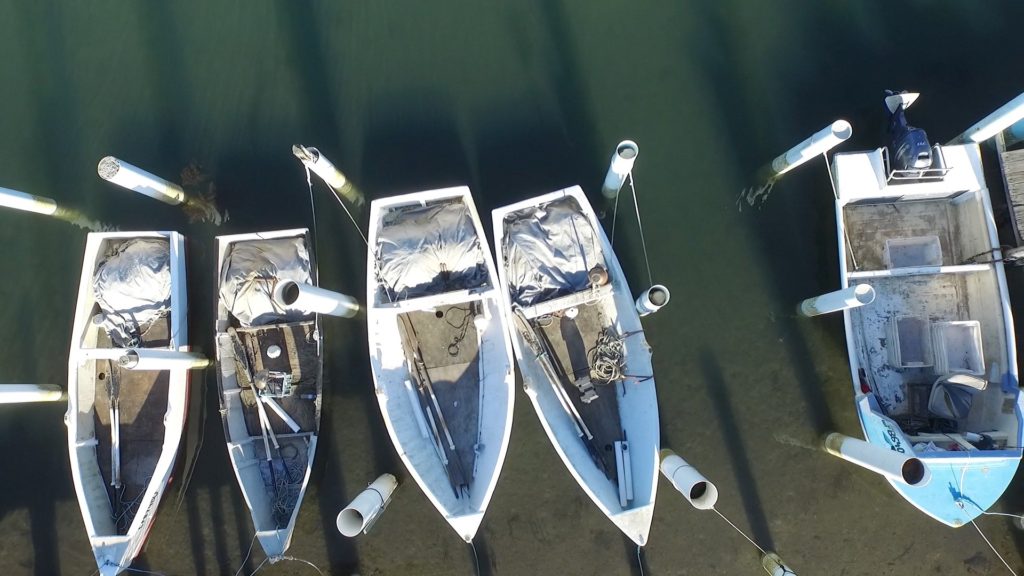 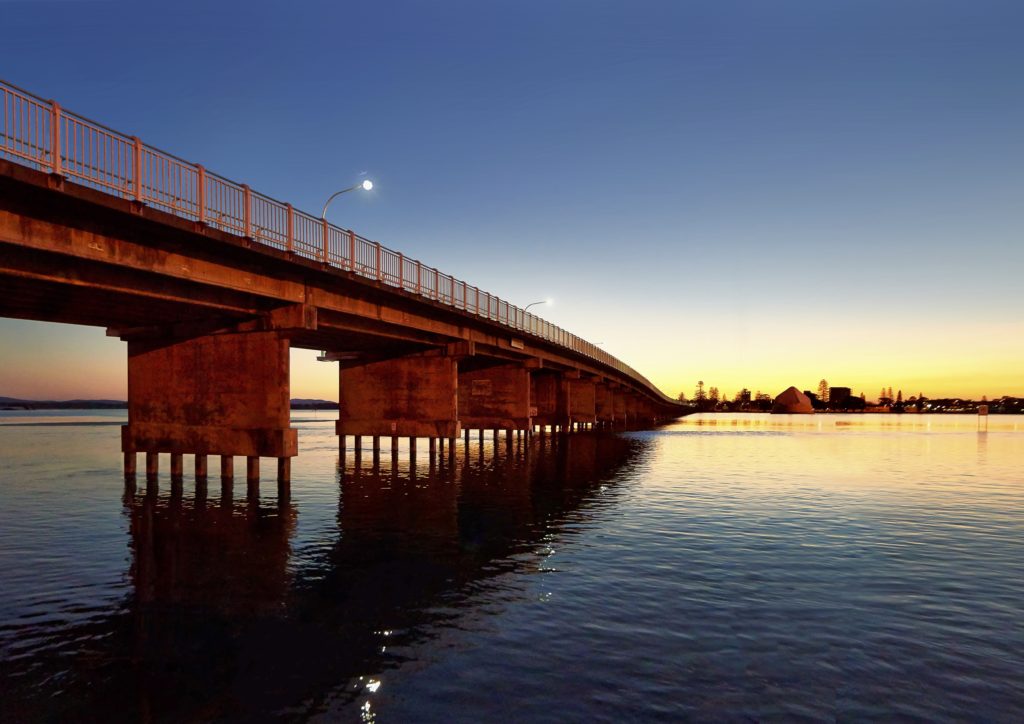 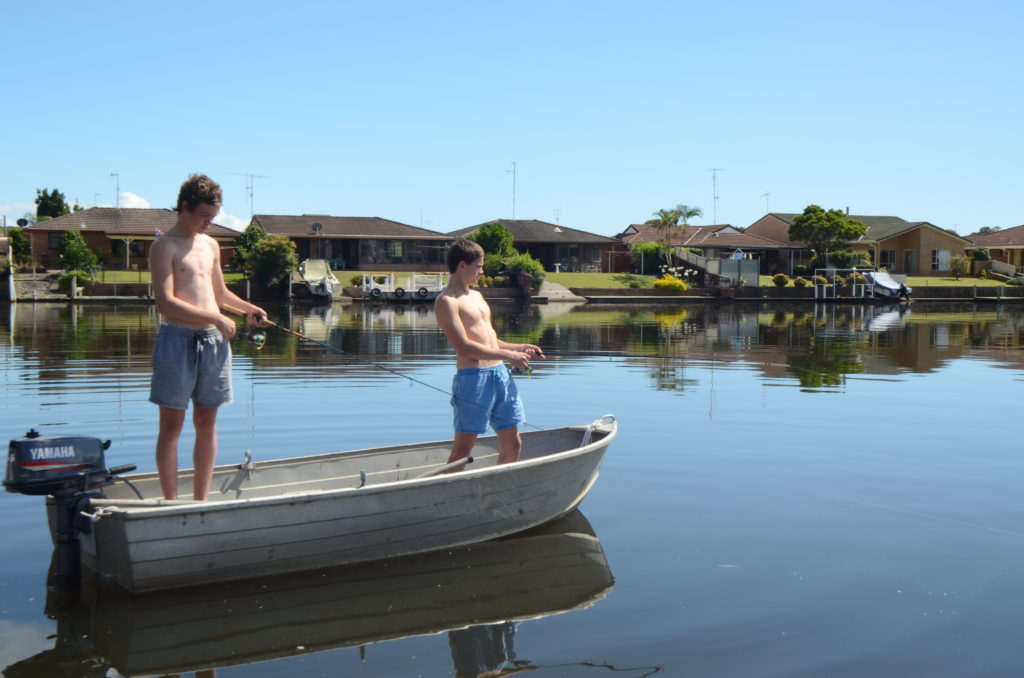 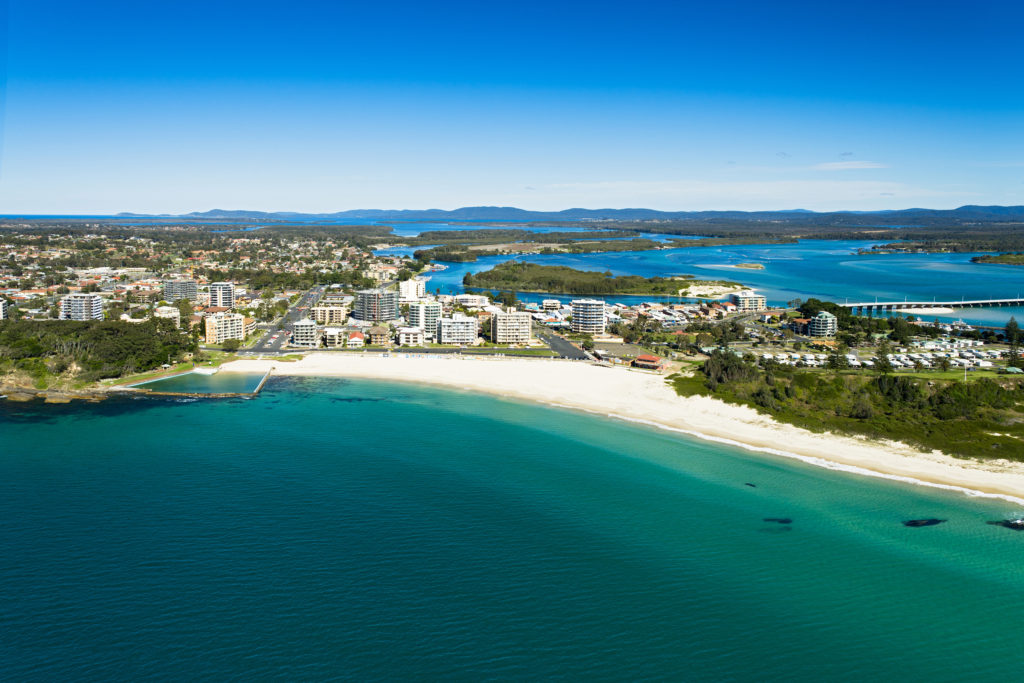 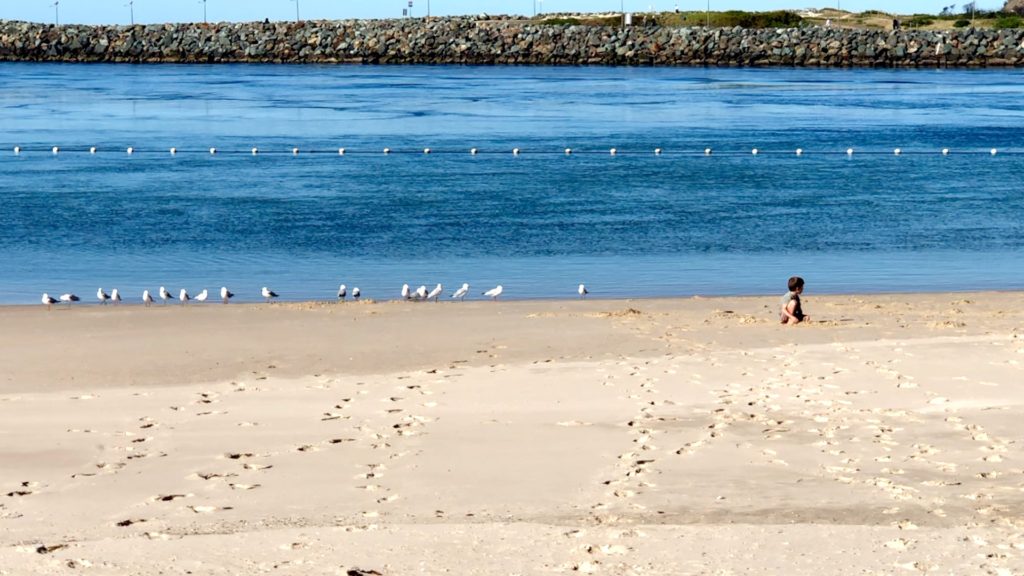 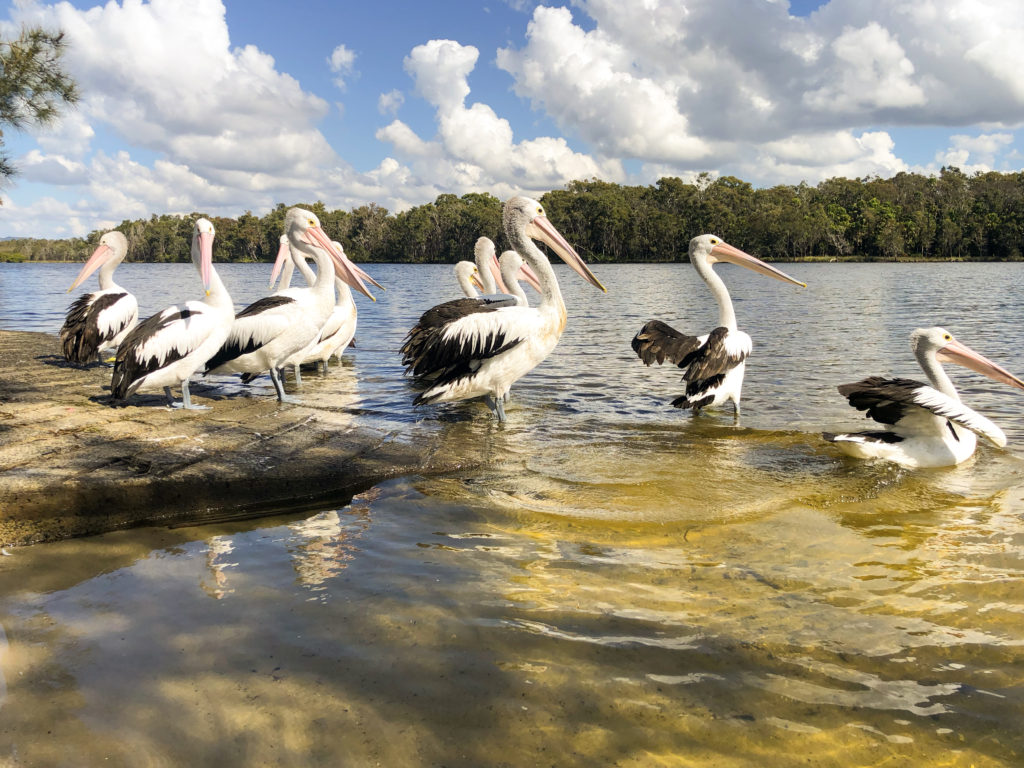